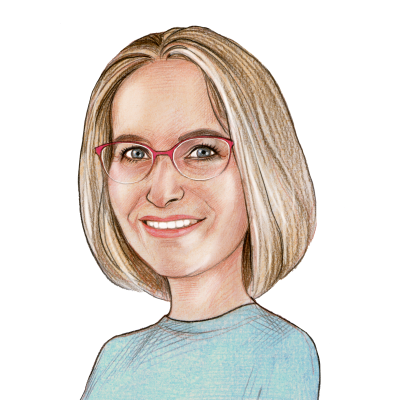 Jackie Reses serves as the head of of Square Capital and Chief Human Resources Officer for Square. As CEO of Square Capital, Jackie oversees the team working to expand access to funding for small businesses, enabling them to grow and achieve their goals. Square Capital, which has extended over $1.8bn in loans and advances, applies innovative machine learning models to inform underwriting decisions, manage risk and ultimately extend the right loan amounts to qualified sellers. As CHRO, she also oversees all human resources, recruiting and culture programs. Jackie joined Square in October 2015 and brings over 20 years of financial and leadership experience to her roles and a personal passion to help transform the economy through the foundational support of small business.

Prior to Square, Jackie was the Chief Development Officer for Yahoo. In this role, Jackie focused on developing revenue and product partnerships ($1bn+ annual revenue), strategic acquisitions (M&A) and significant corporate and tax transactions, as well as the operational and people transformation of Yahoo.

Jackie was also on the Board of Directors of Alibaba Group, China’s largest online and mobile commerce company. There, she co-chaired the audit committee and the compensation committee of the Board of Directors and also managed strategic M&A, banking and financial services transactions for both Alibaba and ANT Financial, one of China’s largest financial institutions.

Prior to joining Yahoo in 2012, Jackie led the U.S. media group at Apax Partners (2001-2011), one of the largest global private equity firms with over $40bn in assets. While at Apax, she made some of the firm’s largest and complex investments in TMT including Intelsat, Cengage Learning, and NEP Broadcasting. Jackie had a particular investing focus in companies which developed online solutions to improve the outcomes in education and she also managed significant LP and credit relationships on behalf of Apax. Jackie served as CEO of iBuilding Inc., a real estate software business spun-out of Tishman Speyer which was sold to Realeum Software in 2001. Jackie also spent seven years at Goldman Sachs (1992-1999) in mergers and acquisitions and the principal investment area. There she worked on many keystone M&A and financing transactions.

Jackie also supports a number of organizations and non-profit institutions. She sits on the advisory board of the Federal Reserve Bank of San Francisco and the Board of Directors of the Wharton School. She previously served on the Investment Committees for the endowments of both The Peddie School and The Brearley School. She has additionally been on the boards of numerous non-profit institutions such as Baby Buggy, City Meals and Springboard Enterprises.

Jackie was named one of Crain's New York Business' "Most Influential Women," and was one of Dealmaker magazine's "Dealmakers of the Year." She has a patent pending for “Systems and Methods for Equitably Determining Employee Compensation”. She received a bachelor’s degree in economics with honors from the Wharton School of the University of Pennsylvania. Jackie and her husband have three children and live in Woodside California.
Featured in
Featured Address; Empowering Small Businesses With The Financial Tools To Participate In The Economy, Friday December 1, 2017 8:15 a.m. - 8:40 a.m.