US Head of Small Business and Merchant, Citi 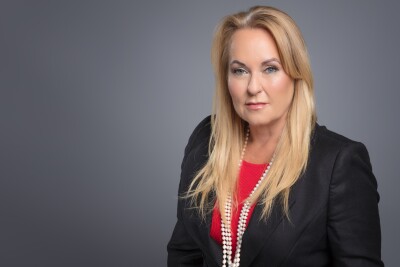 Kathryn transitioned into the financial services industry in 1992. She joined Citibank as a Citigold Executive, and was responsible for meeting the investment, lending and deposit needs of a portfolio of financially sophisticated clients.

In 1996 Kathryn joined First Union National Bank as a Financial Sales Leader, where she managed a sales force of specialists in suburban Maryland and Washington, D.C. Kathryn implemented strategies to improve profitability and gain market share through her focus on sales, service, customer satisfaction and employee development.

With extremely strong sales results and a highly energized and performing team, Kathryn was recognized as a top performer and was asked to relocate to West Palm Beach, Florida to become the Retail Bank Director. In this position, she led and set the direction of consumer and small business strategies across Palm Beach County, Florida. While serving in this capacity, First Union and Wachovia merged to become a national retail powerhouse.

In 2004, Kathryn led the start up of Wachovia’s highly successful entry into the Texas market and managed the integration of the Wachovia acquisitions of SouthTrust and World Savings. The region she managed evolved to include Texas, Kansas, Colorado and Illinois. In 2007, Kathryn was again promoted to assume the larger responsibility of the Southeastern US market for Wachovia. In 2009, Wachovia was purchased by Wells Fargo where Kathryn was named Regional President of Southeast Florida.

Kathryn re-joined Citibank in June, 2011 as the Regional President of the Consumer Bank for the Eastern Region. Kathryn is responsible for implementing Citi’s service and sales strategy for all Citibank branches from Boston to Miami, as well as guides the DeNovo strategy in those markets. In October, 2015, Kathryn was named the US Head of Small Business and Chairman/CEO Citicorp Payment Services.

Kathryn has a BS in Business Administration and series 7. Active in the community Kathryn has held the position of treasurer of the Beacon Council in Miami, CEO Council of the Broward Alliance, Board Member of the Museum of Discovery and Science just to name a few. Kathryn currently sits as Vice Chair on the Board for Florida International University Foundation.
Featured in
Lessons From The Best: Earning Small Business Customers’ Satisfaction And Loyalty , Thursday November 30, 2017 11:15 a.m. - 11:45 a.m.