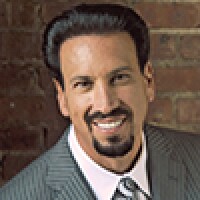 Barry Habib is an American entrepreneur and frequent media resource for his mortgage and housing insight. Habib has had a long tenure with monthly appearances for CNBC and Fox.Barry is chief market strategist for Residential Finance. He started in the mortgage business in 1986 as an originator. Barry originated over $2 billion in personal production, averaging over $100 million per year in personal production over his 24 years of originating.Additionally, Barry is the CEO of MBS Highway; a company and platform created to help interpret and forecast activity in the mortgage rate and bond markets.He is also the lead producer and managing partner for �Rock of Ages��a musical theatrical production running on Broadway, London, and touring the U.S.� It was also released as a major film, starring Tom Cruise, in 2012. Barry also plays the part of the record producer in the movie.For the past 20 years, Barry is a well-known professional speaker on the financial markets.