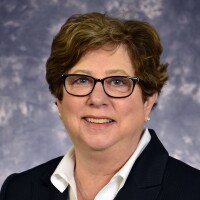 Maryann Kennedy is the senior deputy comptroller for large-bank supervision at the Office of the Comptroller of the Currency. She is a member of the OCC’s executive committee and oversees the nation’s largest, most complex banks that, when combined, hold more than $10 trillion in total consolidated assets. She began her regulatory career at the OCC in 1991. Ms. Kennedy is a mother of four and a grandmother of six.